A gnome wizard hiding in Downshadow

Kroto has bright green eyes and dark hair. He wears a thin beard, or sometimes no beard at all, which is very unusual for a gnome. He has an arcana rune mark tattooed on his forehead. He stands 3’6" tall and has a skinny build.

Kroto is arrogant, and has a fierce temper for someone so small, and he is known to harbor grudges for years. He is not a very pleasant gnome, and his colleagues have complained about the hostile working environment he has created at Blackstaff Academy and more recently at Eltorchul Academy.

Kroto was a wizard professor at Eltorchul Academy until misfortune struck .

Several months ago, Kroto was suspected of murdering a colleague and rival mage, Thanlarr Thunderbeard. Eltorchul Academy immediately distanced themselves from the accused gnome, and helped The Watch in their search for the fugitive. The gnome escaped custody and disappeared. He is believed to be hiding somewhere in Downshadow, the underground slum in Undermountain.

For her part, Lady Brianne Byndraeth never believed Kroto capable of the crime, and supported the fugitive wizard. Now it has recently come to light that another professor at the academy, Professor Geldhem, was also murdered—this time by the Xanathar Thieves Guild. With this new information, and a confession from a convict named Vekik the Rail, Kroto is no longer wanted for questioning by The Watch.

Quest: Luzia Leafgyldd is trying to hold the Conjuration Department together, and pleads for help in finding the missing gnome. She can only offer the academy’s gratefulness (1 Renown with Eltorchul Academy).

Quest: Lady Byndraeth will offer 500 gp and the favor of her House (1 Renown with House Byndraeth) for Kroto’s safe return to Waterdeep. She has plans in motion to help the wizard get back on his feet when he does.

Kroto is known to have used disguises in the past: a crazy gnome illusionist turned beggar and a lay priest of Amaunator. Lady Byndraeth doubts either is Kroto’s current identity, but she suspects the wizard might have reused them in some way. She believes Kroto entered Downshadow through the Knight ’n Shadow tavern in the Dock Ward.

Kroto is known to dabble in potion-making as well as his specialty in conjuration magic. He is the only senior professor remaining from the Conjuration department, and he may have insights into the late Professor Geldhem’s work. 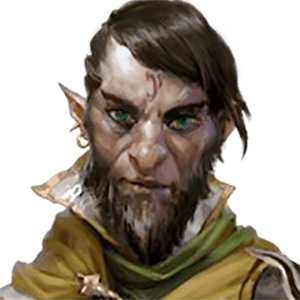