Lady Brianne is a middle-aged Chondathan human with dark hair and striking features. She dresses in old-fashioned vintage gowns and wears a headband in the style of the old Mystra cults before the Spellplague.

Lady Brianne is a renowned sorceress and powerful figure in Waterdeep’s politics. After her late husband died in a dragon attack years ago, she has played the role of a respectable Waterdhavian widow, but never married.

Like the rest of House Byndraeth, her fortunes rose and fell with the ascension and fall of Lord Dagult Neverember. When the Overlord married Brianne’s sister Alethea, House Byndraeth was raised to Waterdhavian Nobility. When the Overlord was deposed and exiled to Neverwinter, the House lost its status. With goading from House Melshimber and House Cassalanter, Lady Silverhand and the Masked Lords froze the House’s assets and revoked the family’s noble status.

Lord Renaer Neverember is Lady Brianne’s nephew, an impetuous rake and would-be adventurer. His recent kidnapping and rescue has left the household shaken, and determined to exact revenge on his captors.

Quest: Find Byndraeth family friend Kroto, a gnome wizard thought to be hiding in Downshadow. Reward: 200 gp and the gratitude of House Byndraeth. 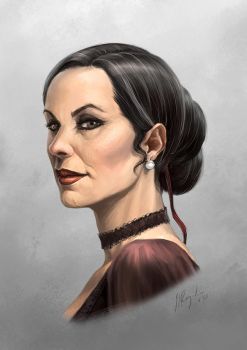