The Dark Ranger of Vanrakdoom

Long ago, Lord Vanrak was a celebrated explorer, ranger, and noble of House Moonstar. After Lord Vanrak’s return from an expedition to the Black Jungles of Tashalar, his father succumbed to a mysterious, incurable wasting disease that was possibly brought back with the young lord. His body and mind weakened by his arduous travels, Lord Vanrak was overcome with grief and blamed the priests of Selûne for his father’s death. So engrossed in his grief, Vanrak was an easy convert to Shar’s manipulation.

Lord Vanrak assumed leadership of the family and quietly started converting family members and servants to his new faith. Years later he openly declared his dark faith and organized a small mercenary army called the Dark Army of the Night, led by Sharran priests which he used to terrorize Waterdeep. Lord Vanrak’s sister, Lady Alathene Moonstar, took refuge with the rest of her Selûne-worshiping family in the High House of Stars and petitioned the courts to strip her brother of his title and banish him, providing evidence of numerous heinous crimes.

The Watch came to apprehend him, but unbeknownst to them Lord Vanrak had already escaped through a secret portal to Undermountain. Lord Vanrak and his followers conquered a fortress deep in Undermountain they named Vanrakdoom. From their fortress, the Dark Army attacked Selûnite targets on the surface while Vanrak himself consolidated his power base and pursued his personal goal of immortality.

In 1182 DR the Dark Army scored its greatest victory to date, infiltrating the High House of Stars, killing its inhabitants and burning it to the ground with darkfire. The loot they plundered was enough to fund Vanrak’s ascension to a Death Knight. The Dark Army hasn’t been nearly as successful since. The High House of Stars was rebuilt as the House of the Moon and all of their major plots against Selûne’s faithful have been foiled.

However, Vanrakdoom remains unconquered, and the ranks of the Dark Army are said to have swelled. There are rumors that the army is mustering again for war, that they have opened a portal to the Plane of Shadow, and that shadow monsters have been seen within the depths of Undermountain. 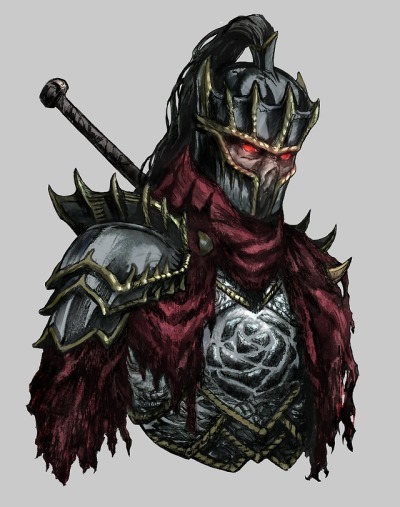