A 20 year old half-sun elf with coppery-green skin and long, straight white hair that is shaved on the sides. On her forehead and neck she wears the tattoos of the new Mystery Reborn cult dedicated to Mystra, the goddess of magic (who returned from the dead five years ago).

Luzia was a former student at Eltorchul Academy, showing remarkable skill at Summoning magic. Upon completing her studies and successfully navigating the Blue Alley two years ago, she was allowed to apprentice to Professor Geldhem at the academy.

When Professor Thanlarr Thunderbeard was murdered two months ago, she was accepted into the faculty at Eltorchul Academy as an associate professor in the school of Conjuration.

Luzia is the youngest professor to teach at Eltorchul Academy since Tessalar Hulicorm over a century ago. 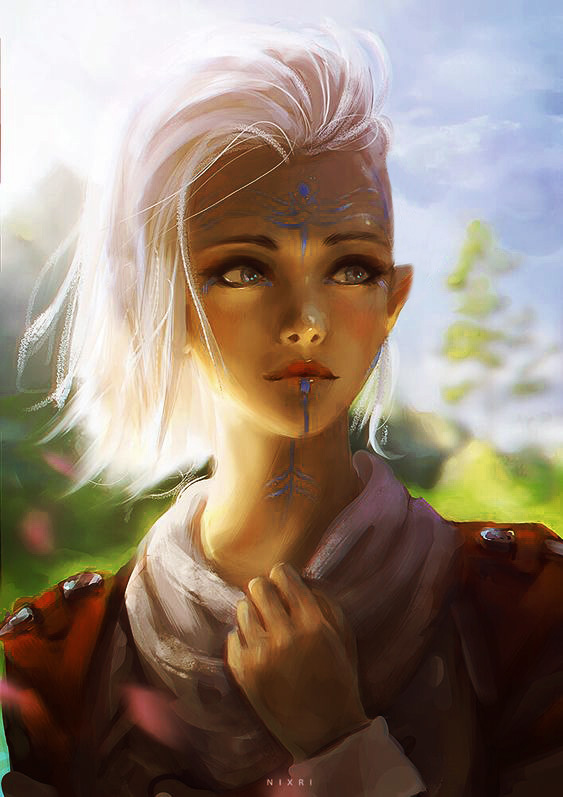