The lord of the wealthy and powerful House Cassalanter is a devilishly handsome merchant prince. Victoro is well-schooled, suave, and slow to anger. He dresses in the latest fashions and walks with a ruby-tipped cane, though not because he needs to.

Victoro Cassalanter is the consort of the noble Cassalanter family, married to Ammalia Cassalanter, the house matriarch. He is a successful banker, philanthropist, and worshiper of Lathander. Some of his business profits go toward feeding and sheltering the poor.

The Cassalanters fell on hard times a few years back, but they have since reversed their fortunes and restored their lucrative banking and money-lending business.

Victoro and Ammalia’s eldest son disappeared three years ago when the family was on the verge of bankruptcy. They have two surviving children, young twins named Terenzio and Elzerina.

Over the years, the Cassalanters have founded a number of philanthropic societies and made generous donations to temples dedicated to good-aligned deities. They are known to worship Lathander and Siamorphe, a demigod whose ethos is the nobility’s right and responsibility to rule. 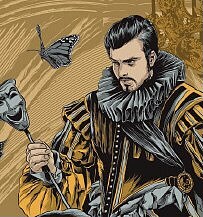