A large throne made of bones inlaid with gems

This grand seat is fashioned of interwoven, bleached bones. Gems wink here and there on its arms, and its arms are carved into the semblance of two spitting snakes.

The bones that make up the throne have been fused together, and here and there gems have been cemented into the framework. The throne’s seat contains a rotting, once-grand velvet cushion with silk tassels; it is now rotting, stained, and worthless.

On Ches 11, the Bone Throne was found by the adventurers on a dias in a chamber in Undermountain. Goblins allied with the Xanathar were torturing the half-orc adventurer Yoradar Stonefist on the throne, in an attempt to get to the gems. Tinuu levitated the entire throne and removed it from the dungeon, levitated it onto a cart, and transported it to Trollskull Manor. 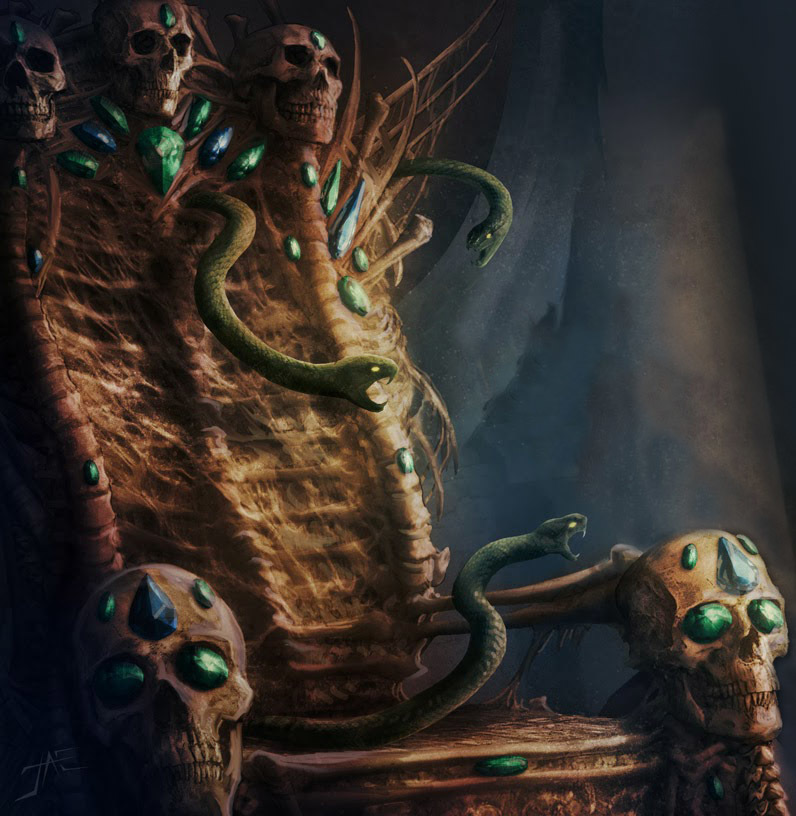