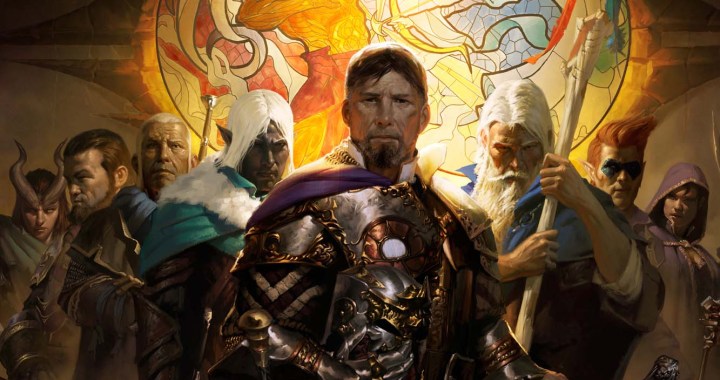 Lord Renaer Neverember – well-known noble and former adventurer. Owes a life-debt to the party for saving him from the Xanathar Guild.

The Bronzestar Company — or what’s left of it, really— Wynna and Yoradar Stonefist are two adventurers you saved from the Xanathar goblins in Undermountain.

Bruella Brightblade – Watch wizard and member of the Watchful Order. Seeks information on the damaged Melairshield protecting Waterdeep and the magical gates of Undermountain,

Luzia Lefgyldd – professor of Eltorchul Academy. Worked with the murdered and missing professors. Will pay for information on the professors’ murders with teaching and magical items. Seeks the safe return of Professor Kroto.

Lorin the Last – Gang lieutenant and enforcer for the Adders street gang, pledged to the Black Network. Sold the party a map to the sewer lair of the Xanathar Thieves Guild in exchange for 40% of the reward for the kidnapped nobles.

Unzebrus Orus – Bruella’s superior and Master Wizard of the Watchful Order. Interested in particular in the aegis’kiira stone missing from the damaged elven obelisk.

Lady Byndraeth – Once-powerful noble and sister-in-law of the exiled ruler of the city. Seeks the safe return of Kroto the gnome from Downshadow. Will also pay for secrets about the nobles, guilds, and other power brokers in the city.

Hala Myrt – fence, rogue, smuggler, mercenary. Buys and sells black market magic items out of a back room at the Grinning Lion Tavern. Works for the corrupt Lord Orlpar Husteem.

Lariat Longpiece – teenage scullion at the Yawning Portal who seems to know a lot about the goings-on in the Dock Ward.

The Splintered Fist – adventuring company also working for Unzebrus Orus to investigate Undermountain. Disbanded after defeat in Undermountain. Remaining members died in the Pit of Blood and Fortune.

Yagra Stonefist – famous adventurer of the Doom Raiders. Sister Yoradar was rescued by the party from goblins.

The Coachman. Agent and fixer for House Amcathra.

Elzo – Wererat thief, and member of the Plague Rats gang on the second level of Undermountain. At war with the Xanathar Guild. Fellow thieves recently stole art objects from House Cassalanter.

The Xanathar – shadowy leader of the Eye Network. Killed professors of Eltorchul Academy and holds the first levels of Undermountain.

The Mindflayer – a creature of nightmare and horror that has unleashed Intellect Devourers into the dungeon and city. Allied with the Xanathar.

The Lords of Waterdeep – hidden rulers of the city; among them, the only lord who remains unmasked is the Open Lord.
Lady Silverhand – the Open Lord and ruler of Waterdeep.
Lord Dagult Neverember – former Overlord of Waterdeep and current Lord Protector of Neverwinter.

House Melshimber – a powerful noble house rocked by recent events involving the elder children.
Lady Tasheene Melshimber – eldest daughter, heir, under suspicion for her involvement in the Death Masks scandal, and currently at large in Undermountain.
Lord Allory Melshimber – missing noble, kidnapped by Xanathar Guild.
Vincent Trench – private inquisitive in the employ of the Melshimbers to find their son.
Lord Patches – Tabaxi noble and diplomat from the far-off island of Chult. Honored guest of the Melahimbers.

House Cassalanter – the richest and most powerful family within the city, the Cassalanters catapulted to power in the last decade.