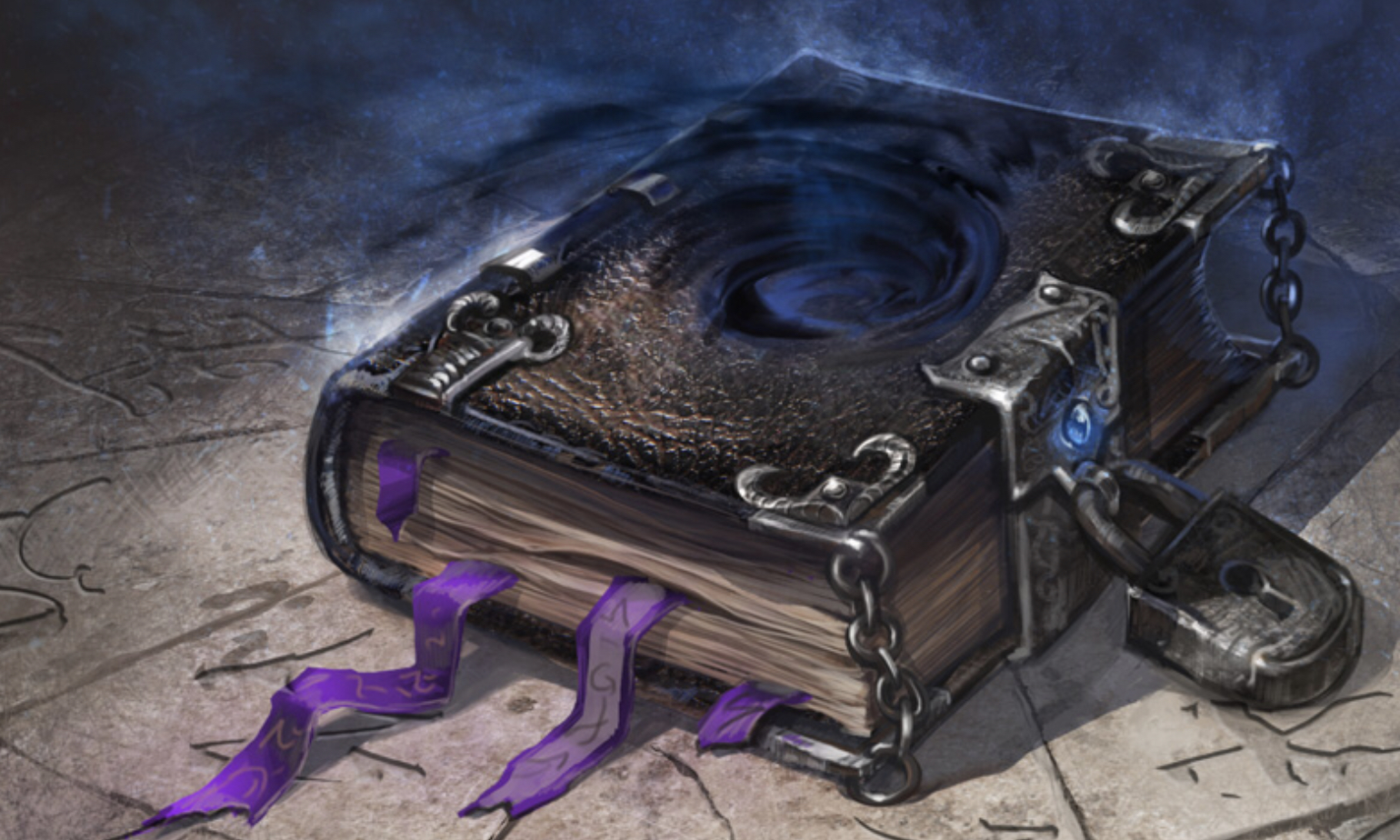 People have inhabited the plateau upon which Waterdeep stands for longer than human histories record. But as is the way across the dangerous North, civilization at the foot of Mount Waterdeep has crested and ebbed in great waves. It was once the site of Aelinthaldaar, the capital of the ancient elven empire of Illefarn. So it was already a glorious place when a dwarf prospector named Melair discovered mithral beneath the mountain. In agreement with the Illefarni, Melair called kith and kin to mine under the mountain and in the plateau, and thus Clan Melairkyn came to rule below in Melairbode, as the Illefarni did above.

But this fruitful alliance lasted less than the lifetime of a dwarf, for the emperor of the elves — the coronal of Illefarn — commanded that all leave in the Retreat, that great exodus of elves from Faerûn to their mystical isle of Evermeet. Not all elves agreed with this edict, and many were determined to stay. Well, what emperor has ever willingly allowed another to sit in his throne? The coronal had all of Aelinthaldaar razed by magic, and the remaining elves splintered into separate kingdoms. The Melairkyn, of course, saw this as a breaking of their bargain, and never again did they deal with elves. Instead, they tunneled ever deeper under the mountain, never to be heard from again.

The Age of Warlords

So it was that the humans who came to the deepwater harbor found it empty and suitable for their own purposes. For more than a thousand years, folk lived and traded at the site of what would become Waterdeep, but their identities remain a mystery — with a curious exception. We know that at some point during this period, the wizard Halaster Blackcloak built his tower at the base of Mount Waterdeep and his apprentices ruled the lands around — until they, like the Melairkyn, vanished with him under the mountain.

Various warlords later claimed the plateau’s harbor as their own. Bloodhand Hold was the name of the place for a while until it was conquered by the warlord Nimoar the Reaver. A History of Waterdeep: Age One, The Rise of the Warlord records how Nimoar raised a wooden stockade to protect the settlement around the harbor, claiming rule over the town that by then was being called “ Nimoar’s Hold, the Town of Waters Deep.”

War between orcs and elves in lands farther north drove hordes of trolls south to claw at the fledgling city, and amid this danger, Nimoar died of old age. Many bloody struggles unfolded between local folk and trolls, until the magic of a youth named Ahghairon turned the fortunes of war against the “everlasting ones,” which were destroyed or scattered. Ahghairon improved slowly in skill and power with the passage of the years, until he became a great mage. He is said to have discovered a supply of potions of longevity, or learned the art of making such, for he lived on and on, still physically in his prime for decade after decade.

Ahghairon (then in his 112th winter) argued with Raurlor, who was then Warlord of Waterdeep. Raurlor wanted to use Waterdeep’s acquired wealth and strength of arms to create a northern empire. Ahghairon defied him before all the people, and Raurlor ordered the mage to be chained. But when Ahghairon magically turned aside all who sought to lay hands on him, Raurlor struck at the mage with his own sword. Ahghairon then rose into the air, just out of reach, and used his magic to transmute Raurlor’s blade into a hissing serpent. When the serpent struck Raurlor, he died in full view of his shocked followers.

Ahghairon then gathered the leaders of Waterdeep’s armies and powerful families. While runners sought to bring them to the castle, flames roared and crackled in the empty warlord’s throne at Ahghairon’s bidding, so that none could sit there. Then, when the gathered host of worthies met in the audience chamber, the wizard seated himself on the flaming throne. Immediately the fires died away, leaving both the throne and Ahghairon unharmed.

From this seat — the very one on which the Open Lord sits to this day — Ahghairon decreed how the city would be governed. While he would sit as lord openly, a council of other lords of nearly equal power would rule with him. But the identity of those other lords would be hidden even from each other, thus preventing any of them from being approached and influenced by bribe or threat. So it was that Ahghairon established Waterdeep’s system of governance.

Ahghairon was instrumental in establishing many of Waterdeep’s other institutions, such as its black-robed magisters, its Griffon Cavalry, and the city’s many guilds. The first Open Lord ruled wisely for over two centuries before the magic sustaining his health failed. He now lies entombed in his tower, which you can still see standing in the courtyard of the Palace of Waterdeep. Beware that you don’t approach too close, however, lest you stumble into the invisible barrier — a “force cage,” I am told — that surrounds the tower.

Within that barrier lie additional protective wards, as demonstrated by the floating bones of the last person who tried to defy them. The name of this poor soul has been lost to time, but the miscreant was likely a wizard who sought to steal the magic treasures that had been entombed with their former owner. Now they hang in the air beyond the invisible force cage in rough semblance of their natural position, occasionally displaced temporarily by strong winds or mischievous children with long sticks.

Ahghairon’s wise rule is celebrated on the first day of Eleasis, which has come to be known as Ahghairon’s Day.

The Age of Upheaval

Many significant events stand out in Waterdeep’s history. But none have had so great an effect on daily life than the three apocalyptic periods known as the Time of Troubles, the Spellplague, and the Sundering — the most recent (and hopefully final). On all these occasions, the actions of gods at war with one another led to the loss or the twisting of magic in the world. During the Time of Troubles, Waterdeep stood at the center of events. But the effects of the more recent crises can still be seen in the city today, even though they occurred a great distance from where Waterdeep stands.

The Time of Troubles

When the gods walked among mortals during the Time of Troubles, they were cast down to the world by the mysterious Overgod Ao in 1358 DR. Until then, none but the gods had known of Ao’s existence, and since then, we have learned little more. As all know, the crisis began with the theft of the Tablets of Fate by the vile and ambitious gods Bane and Myrkul, later joined by Bhaal. These mystic artifacts supposedly determine the extent of the gods’ power, and dictate how they use that power. As punishment for this affront, Ao cast down the gods (or the ones that humans worshiped, at any rate) and then demanded that they return the tablets to him.

But Ao was not omniscient, it seems, nor overly wise. The gods didn’t seek out the tablets, and thus it was left to mortal heroes to sort out the mess. They did so, their efforts culminating in Waterdeep. It was on the slopes of Mount Waterdeep that Ao was last seen, when he granted godhood to the human heroes Kelemvor and Midnight (who became Mystra reborn), and the villainous Cyric.

It is no surprise, then, that Waterdeep has since attracted a steady stream of pilgrims who worship Midnight at Mystra’s temple and pay homage to Kelemvor in the City of the Dead. It might surprise you, though, to learn that Waterdavians had a short-lived penchant for worshiping Ao. The Cynosure — that great marble-pillared structure on the edge of the Market, now rented out for private and public events — was built as a temple to Ao. But his worship fell from favor when all prayers to him went unanswered, and folk realized they had no idea what he stood for or who he was. You can visit the Cynosure to see sculptures and paintings of all the major participants and events in the Time of Troubles. Entrance is free to the public on any day when no event (such as a meeting of guilds, a noble’s coming-of-age ball, or some such) is scheduled.

In the Year of Blue Fire (1385 DR), the Spellplague gripped the world. None knew it at the time, but it has since been divined that Cyric’s long hatred for Mystra boiled over and led to his murder of the goddess of magic. I was absent from the world at this time — indisposed by the force of an imprisonment spell. The sage Elminster has since explained the events to me, but I must confess that much of what he said made little sense. It was a long lecture having something to do with stars, “crystal spheres,” and “demiplanar reality mirrors.” Suffice it to say, parts of our world switched with parts of another one, and magic was again disrupted.

During this period, the powerful magical fields that protect and affect Waterdeep became unstable. This led to the disastrous activation of most of Waterdeep’s amazing Walking Statues during an earthquake. In the years before, the walking statues were often hidden on the Ethereal Plane, to be called forth only in times of great peril. Many in the city doubted that such massive, sapient constructs were even real, let alone that they guarded the city invisibly. The Spellplague confirmed their existence for all to see, though, and each carved a swath of destruction through Waterdeep before it was stopped. Now the walking statues stand about the city in various states of readiness or disarray — one of the most obvious of Waterdeep’s so-called splendors.

After the Spellplague came The Sundering. Elven scholars insist on calling it the Second Sundering, asserting that the creation of Evermeet thousands of years ago was a similar happening. Regardless of the name given by sages, the event that unfolded beginning in 1482 DR was the result of another world — called Abeir, I am told — passing again into our own. The gods were once more cast into the mortal realm, this time embodied in mortal beings known as Chosen. The old troublemaker Ao seems to be the cause of it all, though why he chose to cast down the gods was a matter of dispute even among those entities while they were with us.

Apparently, all of this was foreseen by Waterdeep’s legendary wizard Khelben Arunsun, and it was only through his wisdom and the efforts of Elminster, Laeral Silverhand — now the Open Lord of Waterdeep of course — and a handful of others that the world was saved. According to Elminster, Ao remade the Tablets of Fate as a result, restoring the divine order and separating Abeir from Toril. But take that as you may. According to that roguish longbeard, he saves the world without anyone noticing every other month or so.