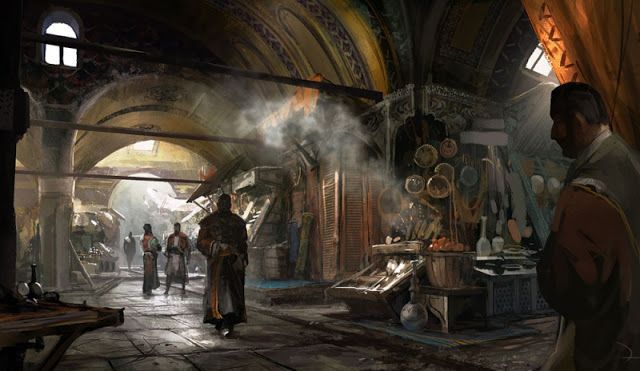 The South Ward is a place of caravan masters and traders, and is first seen by most visitors who enter the city through the South Gate or the River Gate with the caravans. This Lower City ward is made up of foreigners and visitors, as well as clerks and guildsmen who work in the nearby Trades Ward.

This ward is the most cosmopolitan. It is named for the many settlers from southern Faerûn as well as its geographic location within the city. Because of the foreign influence from the The Lands of Intrigue, it is sometimes derisively called the “Southern Ward”.

Dust and mud is common on the streets and most buildings are old, multi-story tenements with shops or businesses on the ground floor. The architecture here is the most eclectic in the city, with a vast range of influences from every race and nation in the world.

This poor district is sometimes called Caravan City due to the large numbers of caravan merchants, teamsters and guards that swell the population of the ward most of the year. The tenements of this district tower over even the high city walls.

Many visit the ward to experience the wonder of the Moon Sphere; a miraculous event occurring on the nights of the full moon in Dancing Court, adjacent to the Jade Dancer; one of the best-known festhalls in the city.

Caravan Court: Popular place where caravans muster and disband.
The Moon Sphere: Appears in Dancing Court when the full moon is out. 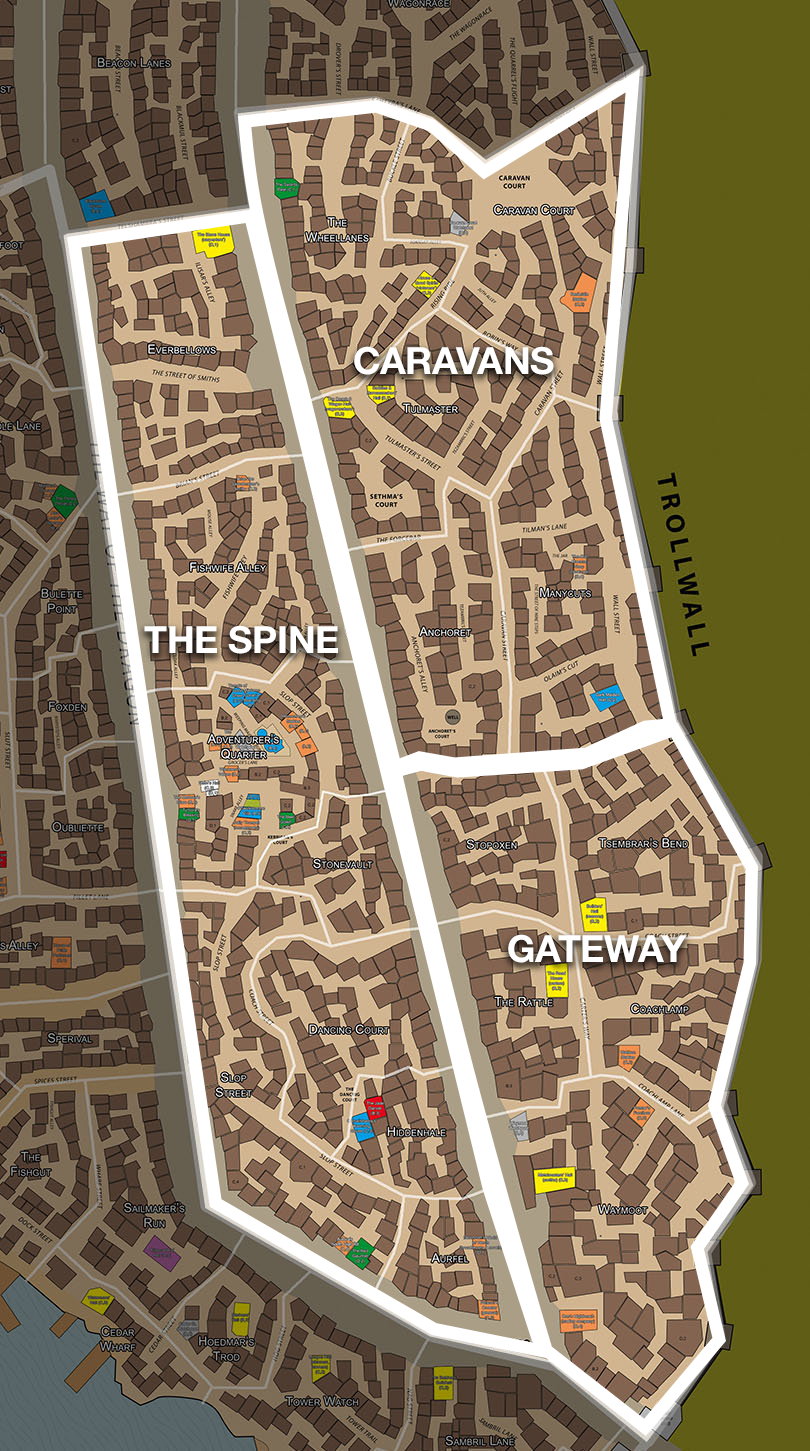