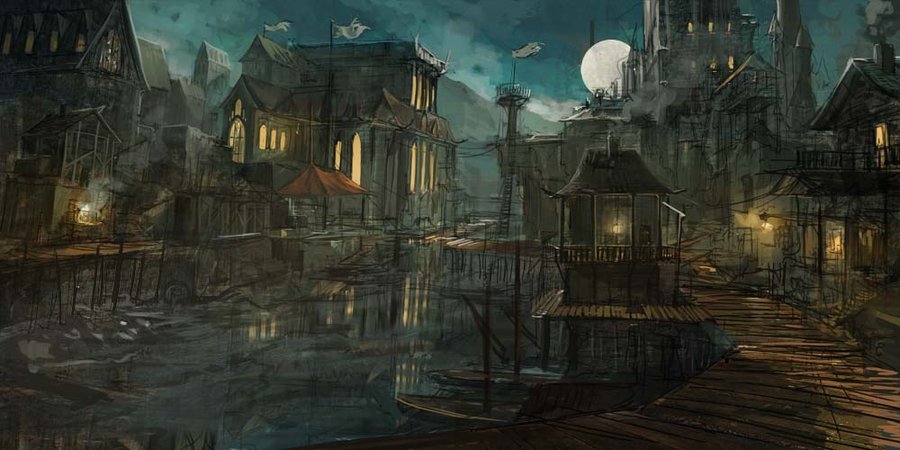 Near the massive tangled flotsam of Mistshore, massive black stone pillars jut from the waves along the shore, forming the breakwater of the old Navy Harbor. Few ships navigate the dangerous stone and wood docks built up against Umberlee’s Maw, but old barnacle-covered taverns and warehouses crowd the sea.

Purplish barnacles grow on buildings and boardwalks, finding more nourishment in the squalor than the sea. They attach to people if they stay still for long enough on the docks.

Even away from the stone columns of the Maw, the buildings in the district borrow the wet black stone in their construction, forming a disjointed mixture of stone and wooden jettied buildings that rise up from the streets in haphazard stacks.

Aeldinmuth Court. At the foot of Mount Waterdeep, this neighborhood of tenement buildings and warehouses lies between Lackpurse Lane and Crook Street.

Fishgut. A cobblestone court off Sail and Dock Streets where many strange happenings occur during nights of the full moon.

Old Tar’s Walk. Seafront warehouses, rigging, and ships swaying against the docks. Snatches of singing, shouting, and brawling can be heard all night and day from the sailor bars along Dock Street.

Greathoist. Seafront warehouses and storage buildings clustered around a giant, multilevel shipyard with a massive crane. Busy during the day, but quiet at night. 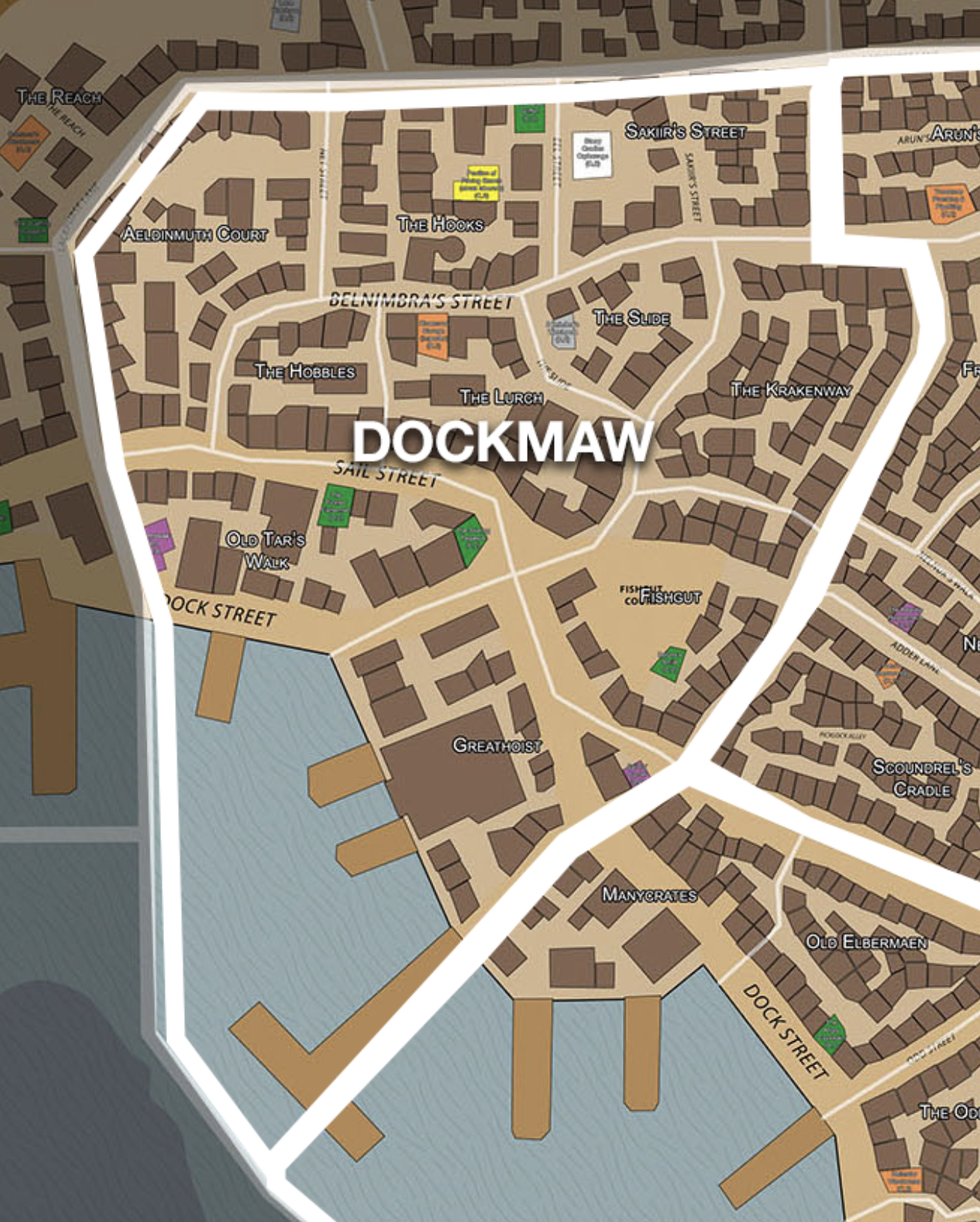