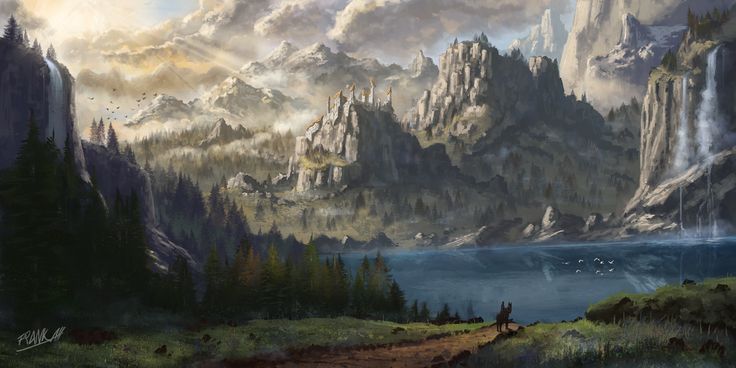 To the northwest, The Guard of Waterdeep patrols the High Road along the dangerous Sword Mountains as far as the Mere of Dead Men and the town of Leilon.

Rassalantar, a hamlet and caravan stop on the Long Road in the foothills of the Sword Mountains, just north of Waterdeep.

Icespire Peak, the tallest peak of the Sword Mountains.
Mount Galardrym, the peak that is home to the dwarves of Clan Forgebar.
Mount Sar, the second-most southern of the range’s peaks, named after a legendary fomorian.
Mount Helimbrar, the southernmost peak of the mountains is said to be home to the underground stronghold of the Shadow Thief Marune.

Mountain’s Toe Mine, a successful gold mine owned by a Neverwintan business consortium.
Wave Echo Cave, the labyrinthine caverns that housed the fabled Forge of Spells.
Settlements
Axeholm, an abandoned dwarven stronghold.
Gnomengarde, a minor kingdom of rock gnomes located in caves at the base of the mountains.
Ieirithymbul, another gnomish settlement nestled in the valley of Felrenden.

Structures
Temple of Abbathor, another site abandoned by the dwarves, later uncovered by a mining excavation. 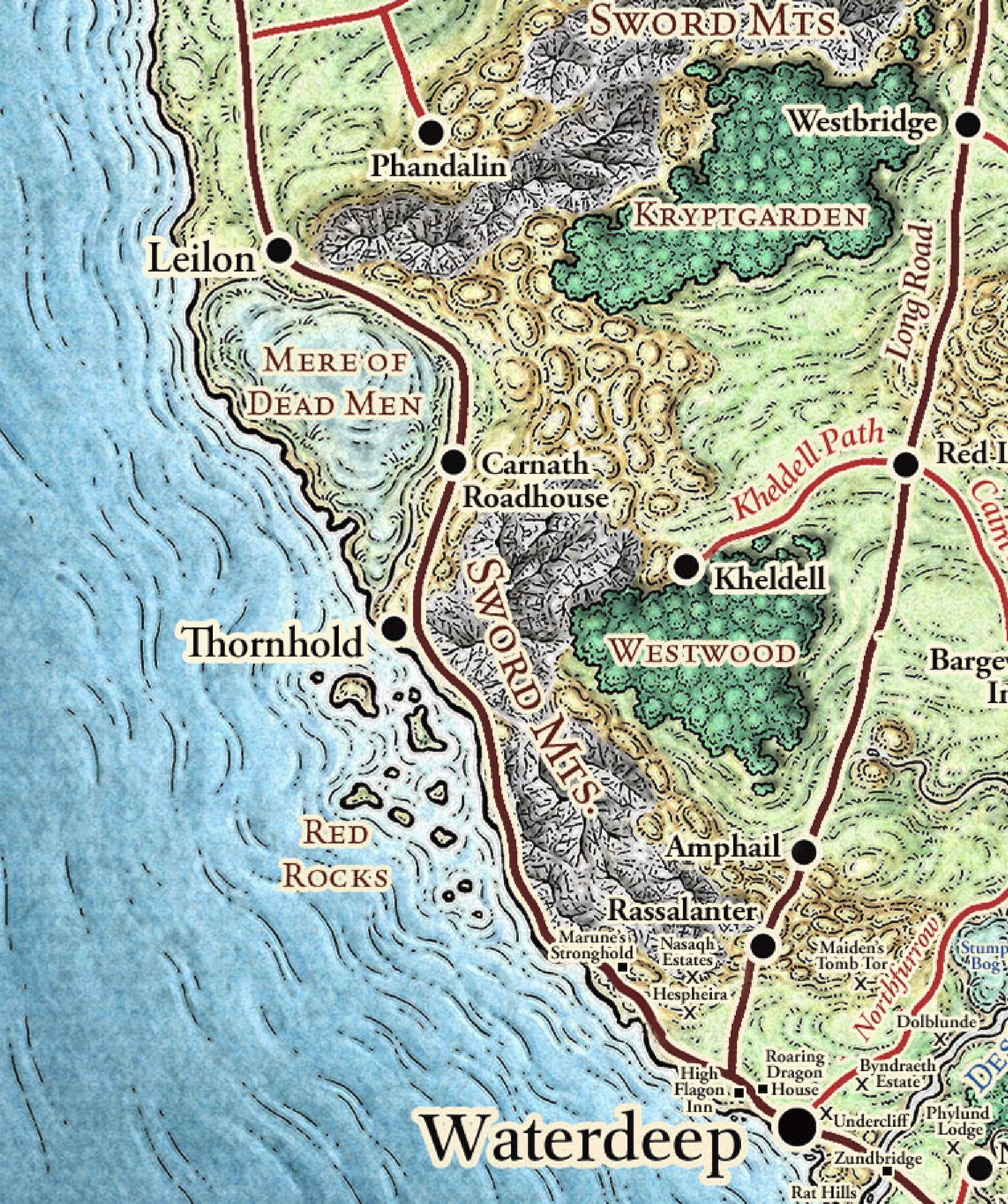