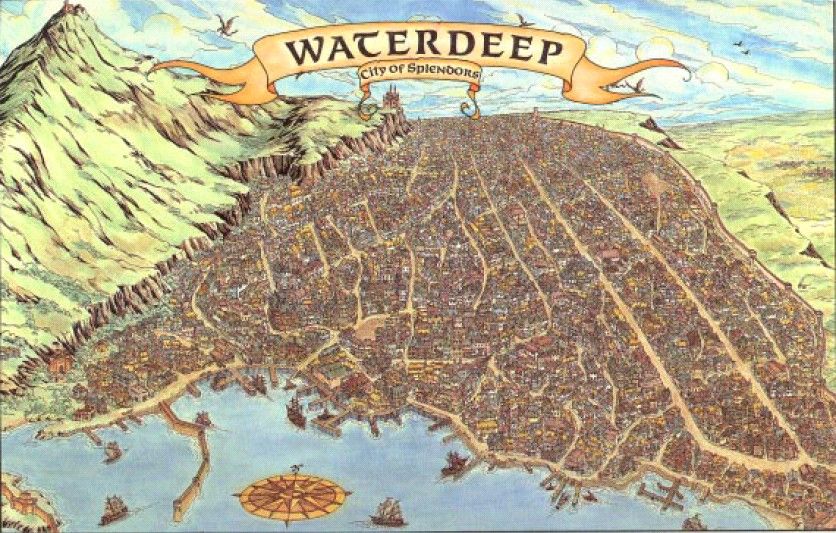 From old stately manors to new palatial seaside villas, the northern wards of Waterdeep are the playgrounds of the city’s elite.

On the northeastern portion of the city, North Ward is the home of the old nobility and their villas. The opulent villas of the nobles are statements to wealth and privilege, far removed from the hustle and bustle of the lower classes.

The wealthiest of the wards, Sea Ward is home to the new nobility, successful merchants and retired adventurers. The idle rich attempt to outdo their neighbors with extravagant displays of wealth, garishly decorated villas, decadent parties, and gauche patronages.

The city’s beating heart is in the center of Waterdeep. Here in the shadow of Mount Waterdeep, the Lords rule from the Palace and bureaucrats hurry about on city business.

This heavily-guarded ward is the center of the City and the seat of government. Here stands Castle Waterdeep, ruled by the Lords of Waterdeep. The architecture is austere, columned marble tirelessly overseen by statues of ancient heroes of the City.

Waterdeep’s commercial sector never truly closes, and work stops only during festivals. By night, lanterns and continual flames keep Trades Ward’s streets and shops glowing, with staff who sleep by day to sell to those who shop by night.

City of the Dead

The City of the Dead is a vast cemetery. Here within the walls, the dead of the ages lie still. By day, it is visited by the living, but at night the gates are closed and barred.

The impoverished sprawl on the south side of town, the lower districts are an unorganized collection of objectionable sailors, peddlers, livestock handlers, refugees, and other “undesirables” relegated to muddy streets and ramshackle tenements.

Ports, by their very nature, are unclean, noisy, crowded, and constantly busy places. The Dock Ward in particular is dirty, smelly, and particularly dangerous. The Watch and the Guilds maintain control during the day, but at night the Docks yield to the city’s street gangs.

The South Ward is a place of caravan masters and traders. This district is made up of foreigners and visitors, as well as clerks and guildsmen who work in the nearby Trades Ward.

Much of the city’s population live outside the walls of Waterdeep, clusters of farms nestled along the cliffs, or the shantytown of refugees that has grown in the Field Ward.

The Field Ward is an unofficial ward of the city, located between the inner and outer walls on the north side of town. Once a cavalry field and open air caravan market, the ward has become a refugee camp and shantytown — possessing the poorest living conditions within the city, rife with crime, and home to the most destitute refugees.

Mountainside is a recently-inhabited district in Waterdeep located on the eastern and southeastern slope of Mount Waterdeep.

Undercliff, the suburbs of Waterdeep, sprawls over the meadows east of the plateau occupied by the old city, under the cliff that still forms its eastern edge.

The naturally sheltered, deepwater basin that gives Waterdeep both its name and its wealth is a bustling place. A steady stream of merchant ships sail in and out of the harbor, bringing goods from all across the Realms. Deep beneath the waves lie the villages of the sea elves and the merfolk, who defend the city from the sea in return for shelter.

The Warrens are neighborhoods beneath the Dock and Trades wards. Once inhabited primarily by gnomes and halflings, but since the tremors began they were abandoned, and have since been taken over by kobolds. This district is now known as the Kobold Ghetto.

These old dwarven mining tunnels have been used by merchants and nobles for their private highways. Although the city has officially closed the Cartways, thieves, smugglers, and undesirable residents use the tunnels to conduct business or lair within them.

Waterdeep’s sewers run beneath the entire city, with the notable exceptions of the harbor islands and the heart of Mount Waterdeep, forming a subterranean “dungeon” between the surface and the depths of Undermountain.

In the years after the Spellplague, the southernmost cavern in the first level of Undermountain turned into a sort of village inhabited by outcasts, criminals, and down-on-their-luck adventurers exploring the lower levels. The cavern is said to have crude taverns and merchants who sell questionable goods. 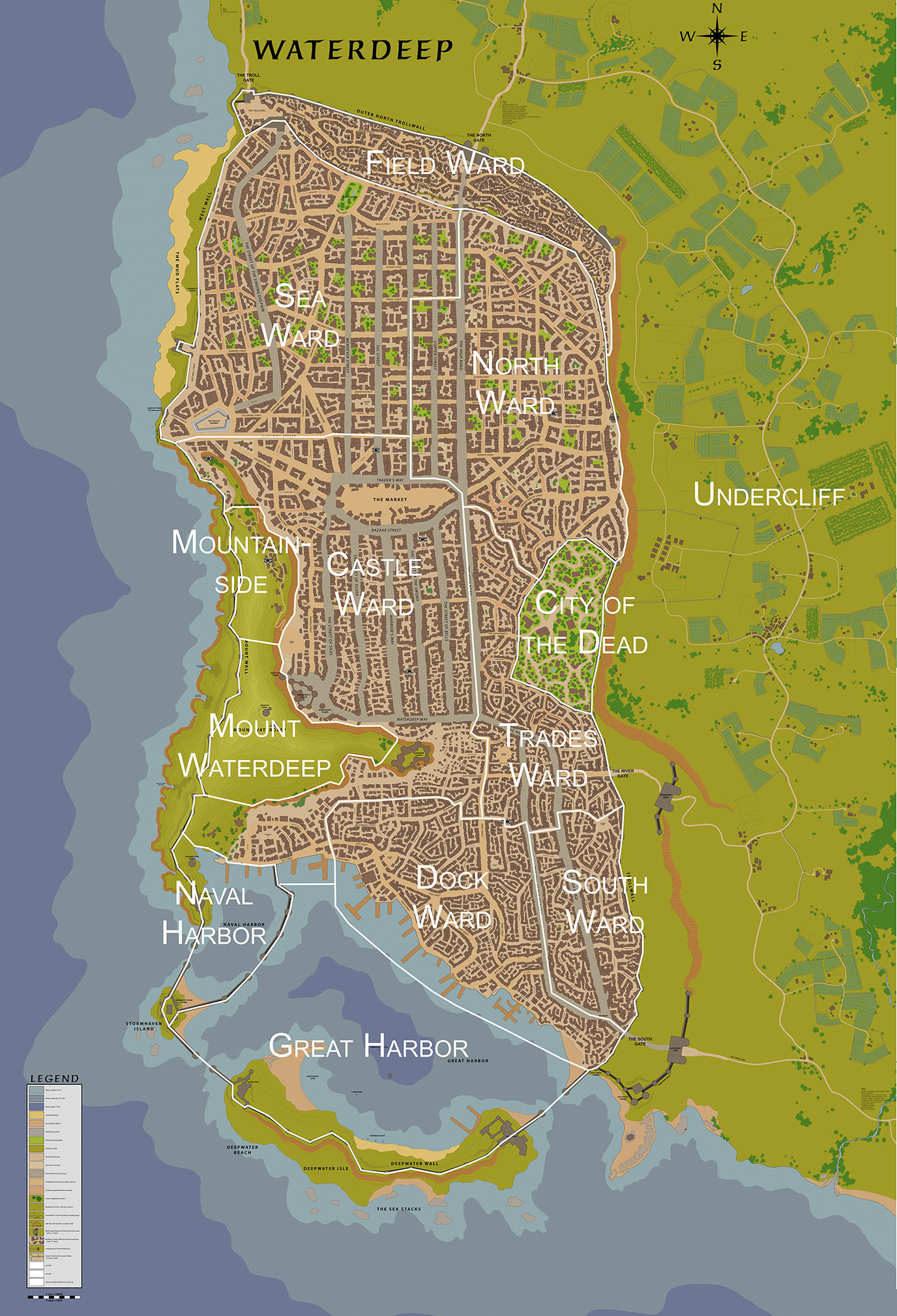 Return to The City of Splendors